While Northern Hemisphere countries often use pipe insulation to prevent freezing in cold weather (and thus prevent bursting when the pipe thaws), Australia uses pipe lagging mostly for protection against thermal transfer and to dampen noise, particularly from water and wastewater in pipes. Not all buildings will have proper pipe lagging, particularly older ones that were never remodelled. If you're upgrading an old industrial space, lagging is an addition that you should add as it will save money and hopefully reduce noise pollution.

Why Lagging Saves Heat and Money

As hot water travels through pipes — no matter the material — the water loses heat. The water usually travels fast enough so that not that much heat is lost, but there's still a minor drop in temperature. This can result in people turning up the thermostat on a hot water boiler and using more energy to get water at the faucet that's at the temperature they want it to be. By installing pipe lagging, you prevent much of that heat from dissipating, resulting in hotter water at the faucet and a lower temperature on the thermostat (or, at least, the ability to set the thermostat at a lower temperature).

Water also makes a lot of noise travelling through pipes, particularly PVC pipes. The thinner material of the PVC piping allows the rushing sound of the water to be heard everywhere. Adding lagging to those pipes helps reduce the sounds of rushing water. Australian building codes do place restrictions on water-pipe noises; however, older buildings may not be up to current code. When you remodel, that's your chance to add lagging so that no one has to listen to water running through the pipes.

In addition, within those categories, there are even more options, such as the type of material, its thickness, its colour and so on. You may have a particularly long pipe carrying hot water, in which case thicker lagging would be better; you may also want to distinguish between lagging that controls temperature and lagging that controls noise, in which case different colours will be helpful.

The more lagging you add, the better off your property will be. However, it can take time to add lagging to all pipes, so just go room by room and get the main noise and heat spots taken care of. Once the building opens for business, the pipes should be the least of your concerns. For more information about pipe lagging, contact a manufacturing service. 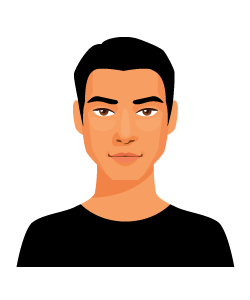 Factories are amongst our most underrated buildings, but they not only have a style and design sense all of their own--they also hold important clues to the history of the areas they're in, and each one can tell a fascinating story. In this blog I'll be highlighting some of my favourite factories around the world to discuss their architecture, what they produce, their history and what they tell us about their local areas and communities. I'll also be getting into the nitty-gritty from time to time, as it turns out that the inside world of industry is more riveting than you might imagine!